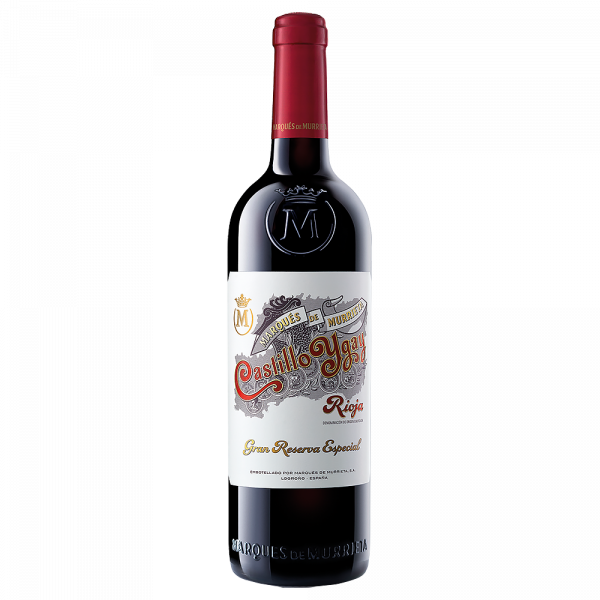 Great wineries are not made in a day. It takes years to develop a vineyard and create a wine that expresses its origins and its culture in a distinctive way. This year, a benchmark winery in Spain showed how such a long-term project can result in remarkable success.

Marqués de Murrieta is one of the founding wineries in Rioja, Spain’s premier wine-producing region. Established in the 1850s, Marqués de Murrieta was a leader in using French techniques to develop greater complexity and longevity from Tempranillo, Rioja’s indigenous red grape.

In 1983, the winery changed hands, from its founding family to Vicente Cebrián, an entrepreneur and winery owner from Galicia, in northwest Spain. Cebrián died young, in 1996, and his 26-year-old son, also named Vicente, took over the estate. Vicente has spent nearly a quarter of a century and more than $30 million restoring and improving the property and its wines. Thanks to his passion and his talent, Murrieta once again stands at the head of the class in Rioja.

“I decided to begin the new era of Marqués de Murrieta,” Vicente Dalmau Cebrián-Sagarriga, now 50, told Wine Spectator. “I wanted to transform everything so that everything could stay the same. I wanted to update the philosophy of this winery, the wines of the winery and the people who worked here.”

Cebrián-Sagarriga’s sister, Cristina, handles financial and administrative duties. He tasked María Vargas, who had just graduated from university and was working in the winery laboratory, with winemaking duties. He said, “Without Cristina and María—I’m going to be very clear to you—this dream would not be the same.”

All of Murrieta’s wines are made from grapes grown in the 740-acre vineyard that surrounds the winery, located in the Rioja Alta subregion. “At the end, the most important thing in our winery is the vineyard, the Ygay Estate,” Vargas said. “This is the beginning of our philosophy, our personality, our identity.”

The winery produces five wines. Its Reserva, which consistently earns outstanding ratings, is a terrific value at around $30. Dalmau, which includes some Cabernet Sauvignon, is a bolder expression. Two small-production whites are made largely from the indigenous Viura grape.

Castillo Ygay is Murrieta’s flagship bottling. Sourced from a 98-acre plot planted in 1950, it is made only in top vintages. It’s a blend of mostly Tempranillo, which is aged in American oak barrels, with a small percentage of Mazuelo, which is aged in French oak. The wine is matured for a decade in the winery cellar before release.

The 2010 vintage is Rioja’s best so far this century. Rich yet harmonious, this wine should drink well for decades.

This Rioja demonstrates how tradition and innovation can work together to deliver great wines. For its history, its quality, and for reminding us of the value of commitment and vision, the Castillo Ygay Gran Reserva Especial 2010 is Wine Spectator’s Wine of the Year for 2020.